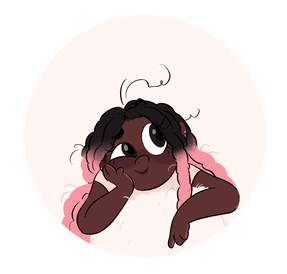 Umaimah is a designer and visual development artist from Northern Nigeria. She spends most of her time drawing, but she loves to watch cartoons and read romance novels when she is not making art. In the few months since graduating from Savannah College of Arts and Design (BA), she has worked with studios like Sesame Studios, Disney TV Animation, and Cartoon Network. Her work has been featured in a Universal Studios Gallery show for the critically acclaimed movie Get Out by award-winning director Jordan Peele. Her final year film Harvest is currently making its way through festivals like PRIX ROYAL Paris Animation Award, Kid's First Film Festival and Standalone Film Festival. She loves working with other creative people and being inspired by them.
​E-mail - udamakka@gmail.com
Literary representation - Susan Graham of Einstein Literary Management

Weird Enough Productions
- Color stylist for The Uncommons.
- Worked with the design team in following an established art direction.
- Efficiently flatted 66 pages while making sure to meet deadlines and quick turn arounds.
- Worked with a global team using online tools like Notion, Asana, and Slack.